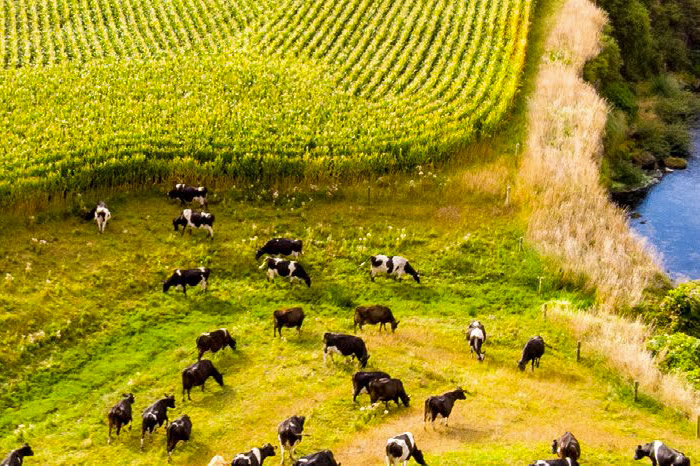 Welcome to the Winter-Spring edition of Rural eSpeaking. We hope you find the articles both interesting and useful.

If you would like to talk further about any of the topics we have covered in this edition, or indeed any other legal matter, please don’t hesitate to contact us. Our details are to the right.

In the Autumn edition of Rural eSpeaking we discussed the situation that COVID had caused with leases where tenants were unable to access their premises due to lockdown restrictions. Potential issues for the rural leasing sector arose from this problem, particularly given that rural leases are often in a different form to urban commercial property leases.

The article pointed out that the main lease issue due to COVID was the inability of tenants to access their premises. Since we published the Autumn edition, the government has announced that it proposes further changes to the Property Law Act 2007 where it would imply in certain leases a clause similar to that in the latest version of Auckland District Law Society (ADLS) lease, section 27.5, where a tenant has:

Of interest to rural tenants is that the government’s proposals indicated that the clause would have a wider effect than the ADLS ‘no access’ clause in section 27.5. It would particularly apply ‘where there is, or has been, a material negative impact on a Tenant’s business due to COVID-19, whether or not the Lessee is able to access the premises’ (our italics).

As you can see, a tenant’s ability to access the premises is not the only criteria in the proposal. The more important criteria would appear to be whether or not COVID has had a materially negative impact on a tenant’s business. Therefore, if the proposed legislation is enacted, it would mean that where, in the rural lease setting, a tenant may still have been able to actively access, and farm or crop the land, if the business has been affected by COVID they could still take advantage of this implied clause. An example of this is where a lettuce supplier for a fast food chain has still had access to their growing crop, but the demand for salad leaves had disappeared as takeaway outlets had been closed during Level 4.

There have been instances where supply chains have been disrupted (see the example above) or ordinary ‘on account’ or prepayments for supply have not been made and cash flow problems have arisen. It would appear that, in these circumstances, the ability to require a good faith negotiation for a rent abatement (or other measures) would be available under the proposals.

The other point to note about the government’s proposal is that the Cabinet paper made it clear that it would implement clear statutory guidelines for interpreting the implied clause. The weakness of the ADLS clause is that there is nothing surrounding the clause to give guidance as to what factors should be considered when determining what is a fair (our italics) proportion of rent to abate, etc. As a result, it would appear that the proposed legislation would be fairly prescriptive as to what factors should be taken into account when interpreting and applying the implied clause.

The New Zealand First party, that had supported the proposed legislation, has now withdrawn its support. As a result, it has just been announced that rather than proceeding with these changes right now, the government will establish a fund ($40 million) to help pay arbitration costs for tenants and landlords.

Post-election, given the current polling trends, it may well be that the changes proposed by this government will be back on the agenda.

In any event, there are other avenues for a tenant to explore if their leased property is damaged to the extent that it becomes unfit for use – storm or earthquake damage are prime examples.

The Property Law Act 2007 implies, in all leases of land, for rent and outgoings to abate ‘in a fair and just proportion’ if the premises are destroyed or damaged by certain causes; those causes include flood, storm, earthquake or volcanic activity (not pandemic, unfortunately). The specific terms of a lease can, however, negate this implied term.

Ability to terminate a lease

Also implied in all leases of land is the lessee’s ability to terminate their lease on reasonable notice to the landlord if it is an express or implied term of the lease that the leased premises may be used for one or more specified purposes and at any time during the lease the premises can’t be used for those purposes. Therefore, the lease terms will be very important when considering whether or not a tenant could terminate their lease for this reason. However, most leases include a clause where the landlord expressly states that there is no warranty or representation that the premises are suitable or will remain suitable for the tenant’s use rendering this option unavailable to many tenants.

COVID and damage situations both show the importance of considering unexpected events when negotiating leases. Landlords and tenants tend to concentrate on rent and term when negotiating on the basis other obligations are ‘standard’. Thought should be given to those wider issues as once a lease is signed, it constitutes a binding commitment for, sometimes, quite an extended period of time.

Water was the hot topic in the 2017 election campaign. This year, with an election coming up shortly, there seems to have been little talk of water (or much policy at all, so far) with COVID still taking up most of the news space, closely followed by scandals of various sorts.

The National Environmental Standards for Freshwater 2020 (the Freshwater NES), however, are due to be published later this year. Some parts of it will take effect 28 days after it is published while other parts won’t come into effect until the winter of 2021. This year is more than half over, and with the first half of the year being severely disrupted by the COVID lockdown and because the election is looming, there can be no certainty that the new Freshwater NES will be published this year. There is no certainty as to what form it will take, given we may not know which parties will form the government – perhaps sometime in October.

Whatever shape the next government takes, the new Freshwater NES will be published sooner or later as water continues to be one of the major environmental issues for the country, not withstanding the late July 2020 panel recommendation that the Resource Management Act 1991 (under which the Freshwater NES falls) be repealed and replaced by two new pieces of legislation. Any replacement legislation is likely to be several years away.

The Standards are designed to:

To conform with the new Standards, farmers will need to:

As well, resource consents will be needed for:

In the medium term, all farmers will need to have a freshwater module in their farm plan. This is not required immediately but it should be completed over the next 12 months or so as the government will be working with sector groups to develop new Regulations which will set out the exact requirements for mandatory freshwater modules.

Much of what is proposed has been well forecast and, in many cases, many farmers are already taking steps to comply with what they know is coming.

The Arms Legislation Act 2020 received Royal Assent on 24 June 2020 and came into force immediately. The legislation imposes tighter controls on the use and possession of firearms. A key change is the introduction of a firearms registry, which will track how many firearms are in legal circulation, who holds them, who is selling them and who is buying them. People holding a firearms licence will be required to update the registry as they buy or sell guns.

Following extensive lobbying by the rural sector, the government has announced changes to the temporary work visa process. These changes are not a permanent solution to migrant labour issues but will help farmers to retain their migrant workforce through the upcoming busy period of calving and peak milk production.

The temporary extension of existing visas and delay to the stand-down period is beneficial, but this is coupled with a reduced period for new low-skilled visas, meaning low-skilled staff will require a visa renewal every six months, including a labour market test.

This legislation imposes serious costs/ penalties which present a challenge for farmers trying to earn their social licence to operate. In line with this, the Essential Fresh Water Package (the Freshwater NES, referred to here in this edition of Rural eSpeaking) is still to be finalised, bringing in new policies to achieve the two main objectives: to stop further degradation and to reverse past damage to waterways.Generally, the ETR aims to provide more certainty for businesses, make the scheme more accessible and improve its administration in relation to reducing greenhouse gas emissions.For further information on the regulations imposed by the ETR please go here.

Recommendation to repeal the RMA

Very late in July, the government-appointed panel recommended that the Resource Management Act 1991 (RMA) be repealed and replaced with two separate pieces of legislation.

After a comprehensive review and extensive consultation led by retired Court of Appeal Judge, Tony Randerson QC, the panel recommended that a Natural and Built Environments Act and a Strategic Planning Act replace the current legislation.

Minister for the Environment, the Hon David Parker, said, “The RMA has doubled in size from its original length. It has become too costly, takes too long, and has not adequately protected the environment. It is for the next Government to consider the report, and decide which aspects to adopt and decide whether to implement it in whole or in part.” The Minister said, however, he expected political parties would develop their policies for the upcoming general election campaign in light of the report’s findings. To read more about the review and its recommendations, click here.