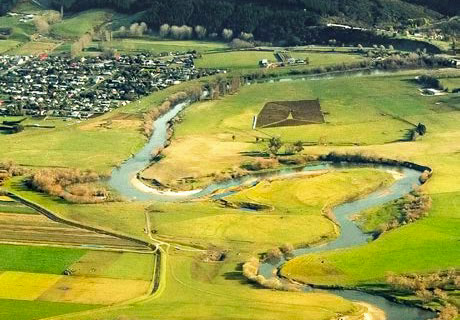 Welcome to the Summer, and final, edition of Rural eSpeaking for 2019.

Do enjoy the articles in this e-newsletter. If you would like to talk further with us on any of the topics covered, or indeed any rural matter, our details are above.

We wish you all a very Merry Christmas, and a safe and happy 2020.
Meri Kirihimete me te Hape Nū Ia.

Government’s proposal to clean up waterways

Water quality is no new issue in Aotearoa New Zealand, but it is a growing one. On 31 October 2019, the government closed submissions on the Action Plan for Healthy Waterways. The Plan has since been referred to an independent advisory panel that will consider the public’s submissions and report back to the government. The panel consists of five members with expertise in a range of areas including dairy farming, environmental law, hydrology and water management.

Introducing the Plan, Environment Minister, David Parker spoke of the loss of New Zealand’s once-swimmable rivers and lakes. Damien O’Connor, Minister of Agriculture and for Rural Communities, commended the effort made by farmers to date:

“Farmers have done a huge amount of work to improve their practices over the last 20 years and some are leading the way in restoring our pristine waterways. But more work needs to be done. The knowledge and skills of those exemplar farmers need to be shared with others. This will give us the quality water that farmers, city dwellers and future generations want and deserve.”

Concerns about the proposals

There are concerns from the agriculture sector that some of these measures will have unintended consequences. Potato farmers, for example, are concerned that the current suggestions would affect their access to new fields for crop rotation. Lack of rotation could cause soil-borne diseases to build up and wreak havoc on the potato industry. However, Damien O’Connor has stated that there is no planned ban on intensification, as long as it is conducted in a way which has no adverse impact on the wider environment.

Federated Farmers has lodged a 184-page submission on the Action Plan for Healthy Waterways, it is worried that blanket rules across the country might impact farmers’ ability to adapt to the market. In some regions, it could even become uneconomic to continue farming particular crops and stock.

Irrigation New Zealand (INZ) welcomed the proposal and is preparing to work with the government, and with sector stakeholders, to ensure its goals and timelines are fair and achievable. INZ’s media release on the topic stated:

“The Government’s freshwater proposals do not apportion blame for waterway degradation solely on the primary sector – but rather is an all-encompassing solution which includes direction for urban development as well as rural land and water.

This will put a stop to ‘finger pointing’ and is a step toward New Zealand taking a strategic and holistic approach to managing this precious resource for the benefit of all.”

In the meantime, farmers currently in the process of installing riparian fencing may wish to ensure they meet the anticipated requirements, lest they have to tear it up and start again. The Ministry for the Environment’s website has published the full plan, including variations in requirements for land types and intensity of use. The aim is that, wherever possible, waterways more than one metre wide will have a five metre setback between the fence and the waterway.

If these proposed changes are implemented, there will be a great deal of effort involved for farmers. However, it won’t be for no reward – riparian fencing, stock exclusion and associated water reticulation are all projected to improve stock health, lessen stock losses and increase productivity. Similarly, riparian planting and restoration projects can decrease the risk of landslides and property destruction during extreme weather events. Stronger environmental credentials may even translate directly to popularity in international markets.

Which of the government’s proposals will be implemented, and to what extent, still remains to be seen once the independent advisory panel returns a recommendation – perhaps in the next few weeks, followed by impact analyses. Until then, we wait to find out whether we’ll have smooth sailing, or whether our farmers will be left in dire straits.

On 24 October 2019 the primary sector launched the ‘Primary Sector Climate Change Commitment: He Waka Eke Noa – our future in our hands to manage agricultural emissions.’

He Waka Eke Noa kicks off a collaborative five-year joint action plan between the agriculture sector, the government and iwi with the target of decreasing farming emissions and developing a farm emissions pricing scheme. If the action plan produces satisfactory results, agriculture will not be brought into the Emissions Trading Scheme (ETS) under the proposed Climate Change Response (Emissions Trading Reform) Amendment Bill.

Targets in the plan

Backstop option if progress is unsatisfactory

The agreement gives farmers until 2024 to start reporting livestock emissions, and until 2025 to finalise a way of pricing agricultural emissions. A Climate Change Commission review is scheduled for 2022. If the government isn’t satisfied with the sector’s progress, there is a backstop option to bring the agricultural sector back into the ETS.

Under the backstop option, fertiliser emissions (charged at a processor level) and livestock emissions (charged at a farm level) would be brought back under the ETS. Emitters would receive a 95% discount, or ‘free allocation of emissions units’. In comparison, trade-exposed industrial emitters currently receive 60% to 90% discounts. The revenue from the 5% chargeable emissions would be recycled back into agriculture in order to encourage agricultural innovation, mitigation and additional forestry planting.

Some commentators believe this rate to be far too light, working out at an estimated $0.01 per kilogram of milk solids. However, the Prime Minister, Jacinda Ardern, has stated that the government doesn’t want to bring the sector fully into the ETS and then see it collapse under that weight. If the sector is to be brought into the ETS, there must be a gradual transition to a lesser discount.

However, that transitional period is not yet well-defined or planned out and could lead to issues in the future, says Dave Frame, Victoria University of Wellington (VUW), Professor of Climate Change and Director of the New Zealand Climate Change Research Institute.

Beef + Lamb New Zealand was positive about the five-year action plan, hoping that it would allow climate change to be addressed within a whole farm systems framework, encompassing water quality, biosecurity, biodiversity, animal welfare and financial sustainability. Such a farm-based approach would also allow farmers to count offsets from carbon sinks. In its media release, Beef + Lamb said:

“By working with the government, we now have the best opportunity to develop a framework that is practical and simple for farmers, rewards positive change and supports the sector to reduce and offset farming’s emissions.”

Federated Farmers was also pleased that the agricultural sector’s contribution to decreasing emissions will be guided by He Waka Eke Noa rather than by the ETS. It said the ETS could not work for agriculture as it would simply take money out of farmers’ pockets instead of encouraging investment into the land. A tax-based approach didn’t give farmers the skills, resources or data they needed to implement real change.

Not all reactions were positive. Dr Russel Norman of Greenpeace felt that the sector should have been brought immediately into the ETS, rather than delaying change by another five years. Dr Ivan Diaz-Rainey, Director of the University of Otago’s Climate and Energy Finance Group, was happy to see the agricultural sector taking the lead but was concerned that it wouldn’t grasp the opportunity to form a genuine emissions plan before the review. He believes that the strength of the policy could be curtailed by New Zealand’s short political cycle.

An opportunity to be a world leader

Many other expert views did align with those of the agricultural sector. VUW’s Professor Dave Frame said that it was good to see a scientifically-defensible deal being worked out, and gave credit to farmers for developing practical plans which would put the sector on a path to a healthier planet.

Dr Andrew Tait, Chief Scientist for Climate, Atmosphere and Hazards at NIWA, said that NIWA was looking forward to working with the farming sector. Scientists at NIWA were already thinking about modifying and improving tools for estimating emissions, and how they could adapt them for paddock and farm application.

If the agriculture sector can take advantage of the reprieve granted through this agreement, the specialised scheme will apply much more sensibly to the sector than the broad-based tax of the ETS. With farmers in the lead, the new methods of measuring and pricing emissions will be designed for the needs of primary producers.

He Waka Eke Noa is the agricultural sector’s opportunity to be a world leader with an industry-driven model of sustainability.

Restructuring of the dairy industry

When Fonterra was established in 2001 under the Dairy Industry Restructuring Act 2001 (DIRA), the legislation required a review of the state of competition in the industry in 2015-16. For various reasons, the recommendations in that review were not implemented. In 2017, however, the government announced a comprehensive review of the DIRA by the Ministry of Primary Industries (MPI). Earlier this year, the MPI review was completed with recommendations for changes to the DIRA. The resultant Dairy Industry Restructuring Amendment Bill (no 3) is currently with the Select Committee.

Overall, MPI believes that changes are needed to ensure better management of on-farm performance and planning for processing capacity. It expects these changes will increase certainty around milk price calculation, remove unnecessary regulation and protect consumer interests. In order to achieve the above objectives, several changes have been proposed, including:

The Select Committee’s report is due on 20 March 2020. We will have some commentary on this report in the Autumn 2020 edition of Rural eSpeaking.

In the meantime, to read more about the Bill, please click here. If you would like to know more about how this proposed legislation may affect your farm, please get in touch with us.

Immigration New Zealand has introduced changes that affect some employers and migrant workers. These will be introduced in various stages over the next 18 months to 2021. Changes include:

There are, however, changes for Talent Accredited Employers; these took effect from 7 October 2019. They include:

Some visa requirements and processes will remain the same. People holding visas based on lower-skilled work must still leave New Zealand for a one-year period after they have been working for three years, and Immigration New Zealand must still be satisfied that there are no New Zealanders available for that job before approving a visa.

With the summer season now in full swing, we remind you of a number of changes in the Animal Welfare (Care and Procedures) Regulations 2018. These were mostly minor changes to existing regulations, although some entirely new regulations have also been introduced.

We list the new regulations regarding the treatment of dogs, as well as the penalties for breaches:

A breach of any of the above can result in an infringement fine of $300, with the possibility of a further fine of up to $900 for failing to comply.

Further new regulations include, but are not limited to, fines for allowing horns to become ingrown on cattle, goats or rams; regulations on the use of collars, tethers and electric prods; restrictions on castrating pigs, sheep, cattle and horses without anaesthetic; bans on mulesing sheep; fireworks at rodeos; and docking the tails of dogs and cattle. Pigs’ tails may still be docked but this is subject to new restrictions. Some of these new regulations carry fines of up to $25,000 if breached.