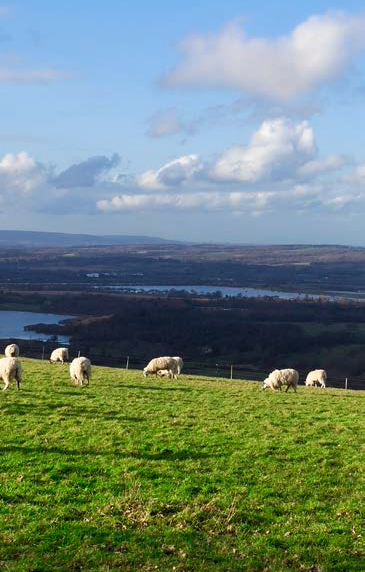 We are all looking forward to the warmer weather, and good pasture and crop growth now that spring is upon us.

Enjoy reading this edition of Rural eSpeaking. If you would like to talk further about any of the topics here, or of course any other legal matter, please contact us.

Who is liable for an outbreak of plant disease?

Biosecurity issues never seem to be far from the news these days. The Ministry of Primary Industries (MPI) is responsible for biosecurity in New Zealand and gets its powers in relation to biosecurity under the Biosecurity Act 1993. The purpose of the biosecurity system that the Act puts in place is to prevent or manage risks from harmful organisms such as pests and diseases. It does this by attempting to stop pests and diseases before they arrive in the country and, if they do, by trying to either eradicate or manage them.

Psa, varroa mite, myrtle rust and Mycoplasmabovis have all recently caused major issues. Now MPI is seeking the destruction of tens of thousands of plant cuttings and trees that were imported from an American nursery in the state of Washington after an audit uncovered irregularities in the nursery’s processes.

MPI has been criticised in relation to its decision to require those cuttings to be either destroyed or contained. However, following the decision in the Strathboss case[1], who can blame them?

That case is (not surprisingly) being appealed by the Crown. It does show, however, that the potential liability for the Crown in relation to biosecurity breaches is significant.

The Strathboss case is a negligence case. Simply put, the argument was that the Crown owes a duty of care (under the Biosecurity Act) to the kiwifruit orchardists. The court held it was reasonably foreseeable that if the Crown was negligent then the orchardists would suffer loss. Once the court found that the Crown had breached its duty of care by a series of errors, liability followed.

It is obviously a situation that the dairy industry will be looking at closely as, presumably, will the fruit growers.

One of the biosecurity mechanisms MPI relies on is the audit of overseas nurseries to ensure that new fruitwood stock arrives free of pests and diseases. Is it sufficient for those nurseries to be audited every five or six years, which is what appears to have happened in the Washington state situation?

Given the economic significance to the industry involved and the risks attached to a biosecurity breach, how often should these nursery facilities be audited? If audits took place annually, and the nursery was found wanting, potentially only one year’s cuttings arriving in New Zealand would be affected. If audits happen less regularly, cuttings will have been planted in orchards and become trees. In biosecurity terms, if there are issues, then the horse may well have bolted.

How can New Zealand be better protected?

The other issue that these biosecurity issues raise is – to what extent can we expect MPI to protect us from overseas pests and diseases? With the free flow of people and trade around the world, can we seriously expect to keep our islands free of pests and diseases?

The answer is surely that no matter how well MPI is resourced and how much power it is given in law, it simply isn’t possible to keep New Zealand completely free of pests or diseases.

Anyone flying into Auckland International Airport at 6am and seeing the masses of people in the customs queues or is on a wharf to see the pile of containers at our ports can understand that.

The answer is that any response is always going to be a mix of legislative/government responsibility and action from the industry bodies themselves by, for example, breeding pest or disease-resistant plants or similar methods of control.

Public access over private land is a complex topic. This article gives you some background to the law relating to the rights of private landowners.

There have been several high profile situations where high country stations have passed into the ownership of overseas people and the issues of public access have been raised.

The latest situation relates to the Hunter Valley Station at Lake Hawea. The property borders the Hawea Conservation Park; the best access to that conservation land is along a 40km private road that runs through Hunter Valley Station. The road is only suitable for properly equipped 4WD vehicles, does not have full mobile phone coverage, has multiple river crossings and would not be regarded as particularly safe for the general public to have unrestricted access.

What can the Overseas Investment Office (OIO) do to secure better access for the public when it receives an application by an overseas person to purchase land such as the Hunter Valley Station?

One of the factors that the OIO must take into account when assessing the benefit of overseas investment in land (s17(2)(e) of the Overseas Investment Act 2005) is:

Whether there are or will be adequate mechanisms in place for providing protecting or providing walking access [our emphasis]over the relevant land or a relevant part of the land by the public or any section of the public.

Therefore, under the legislation, in terms of improving public access, the only ‘public benefit’ factor that is taken into account is walking access, presumably by way of an agreement reached under the Walkways Access Act 2008. That Act established the Walkways Commission. The purpose of that Act is ‘to provide the New Zealand public with free, certain, enduring and practical walking [our emphasis] access to the outdoors …’

This means that the OIO’s ability to impose conditions or seek agreement from the applicant in relation to public vehicular access may well be limited.

In the case of the South Island high country stations, the Crown is often the owner of the freehold. The farmer occupies the station under a pastoral lease. It is the pastoral lease that is the interest being acquired by the overseas investor, not the land itself.

As the owner of the freehold, surely the Crown has the ability to control or grant access easements? One of the fundamental concepts of a lease is that the lessee has ‘exclusive possession’. This means that the lessee has control over who can and who cannot access the leased land. If an easement was in place before the granting of the lease and the lease was expressly subject to that easement, then the lessee would have to accept the rights that the easement granted and public access would be granted.

However, if access isn’t granted, the lessee is quite entitled to resist any attempts by the Crown as landowner to provide access. If forced to do so, and there are mechanisms the Crown could use and the lessee could seek compensation for that.

Given that some of these access routes, such as that in the Hunter Valley, were not designed for public use, forcing access or requiring access possibly only creates different problems.

A reminder that since 1 July 2018 all lawyers have been required to comply with the Anti-Money Laundering and Countering Financing of Terrorism Act 2009.

If the transaction involves an entity such as a trust or a company, we will need further information from you. This includes details of people who are directors, shareholders, trustees and beneficiaries. We may also be required to ask questions for confirmation of the source of the money and the reason for the proposed transaction (what you are asking us to do). We will endeavour to make this information-gathering as easy as possible.

The Animal Welfare Act 1999 provides for offences and penalties for serious animal abuse or neglect.

In May 2015 the government amended the Animal Welfare Act enabling regulations to be made on matters such as animal care and procedures performed on animals.

The Animal Welfare (Care and Procedures) Regulations 2018 are the latest set of regulations to be issued; they were issued in March 2018. Most of these regulations will come into force in October this year. Examples include the prohibition of the use of traction in calving cows and the requirement to ensure that dogs transported on an open deck or trailer of a moving motor vehicle are secured to prevent the dog falling off or hanging off.

It’s important you and staff are aware of the new scope of these regulations. Each regulation has an associated penalty. The penalty range is between $300–$25,000 and, for more serious matters, can result in a criminal conviction.

Full details of the regulations can be found here.

The Primary Production Select Committee is considering the Farm Debt Mediation Bill. The Bill proposes to introduce agricultural debt mediation as a mandatory step before the appointment of a receiver in respect of agricultural debt.