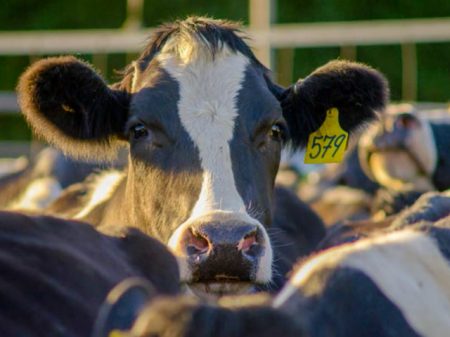 Welcome to the first edition of Rural eSpeaking for 2019.

Enjoy the articles in this e-newsletter – we hope you find them both interesting and useful. If you would like to talk further with us on any of the topics covered, or indeed any legal matter, please contact us – our details are above.

What is the government proposing?

The Minister for Land Information, the Hon Eugenie Sage, announced on 17 February this year that the ‘tenure review’ of Crown pastoral land under the Crown Pastoral Land Act 1998 (CPLA) would end. She introduced a discussion document entitled ‘Enduring Stewardship of Crown Pastoral Land’ that sets out a number of proposals in relation to Crown pastoral land. Public feedback is sought on:

Crown pastoral leases are perpetually renewable, with 33-year terms. These terms give the leaseholder rights akin to ownership, ie: in that provided they comply with the terms of the lease they are entitled to exclusive possession of the land in perpetuity (forever). There are some limitations on the use or activities to which the leaseholder can put the pastoral land (the land can only be used for pastoral farming) and consent is needed to (amongst other things) disturb the soil (which limits development of the land).

Tenure review came in for some criticism – partly because having obtained the full freehold ownership of land the freeholder was free to do with it what they wished which led to claims of profiteering at the Crown’s expense. The fact that significant areas of conservation land reverted to full Crown (public) control was often overlooked. The discussion document, however, focuses more on the fact that tenure review hadn’t worked out as well as the government hoped. One of the objectives of tenure review was that the Crown’s role as lessor of Crown pastoral land would end. Yet the tenure review process has been underway for more than 20 years and there are still significant numbers of pastoral leases. The tenure review process is slow and, as we mentioned above, it has faced criticism in that it does not adequately take account of environmental values and New Zealanders’ desire to access the high country. Over the last 20 years both of those issues have become hot topics.

Some tenure reviews are currently in process; as at 11 December 2018 there were 34 leases in tenure review. For those where a substantive proposal is accepted by the leaseholder prior to any new legislation being passed, the Crown will allow it to go through to implementation as until any legislative change is enacted the current law applies.

Tenure review will, however, now definitely end. Given the government’s desire generally to maintain control and use of important conservation and ecological areas currently subject to leases, what does the discussion document propose in place of the current regime?

The discussion document sets out seven specific proposals, three of which we list below:

With all these seven proposals, there is an acknowledgement that the Crown cannot achieve its objectives on its own. Whether or not the end of tenure review will enhance the Crown’s ability to manage sensitive ecological and conservation areas that are subject to pastoral leases remains to be seen. There doesn’t seem to be anything in the proposals that limit a leaseholder’s rights to exclusive possession. Rather leaseholders are likely to face a more rigorous oversight regime by their landlord.

It is interesting to see the proposal for the Crown wanting to purchase the leaseholder’s interest in these properties. The Crown may face the same criticism it is trying to avoid if it uses public funds to purchase leaseholders’ perpetual rights.

Review due in May

The National Environmental Standards for Plantation Forestry (NES-PF) were first proposed in 2010. Following a period of consultation, the Standards came into effect on 1 May 2018, with a review due in 12 months after that (May 2019) to ascertain whether or not they are being successfully implemented.

Ironically, the NES-PF came into effect a month before torrential rain north of Gisborne in the Tolaga Bay area in June 2018. This storm caused flooding which led to tonnes of forestry debris being strewn across farms and blocking rivers. The cleanup was expected to cost around $10 million and to take up to a year to complete. The cost and responsibility for this cleanup is still being determined.

The objectives of the NES-PF are to:

According to a 1 May 2018 news release from the Minister of Forestry, the Hon Shane Jones, when the NES-PF came into effect:

The NES-PF aims to achieve the policy objectives in the Minister’s statement through:

Some wiggle room for local authorities

Although the intention is to have one set of rules governing forestry over the entire country, local authorities still have the ability to make their own rules – in certain circumstances.

For example, in areas determined to be in the ‘red zone’, which are areas with a very high risk of slippage and erosion, the local authority would have the power – through the resource consent process – to put conditions on what is planted, where, how and when. One half of New Zealand’s ‘red zone’ forestry blocks are in the Gisborne area.

While the damage caused by the Tolaga Bay flooding is devastating for all involved, it will be a very useful case study for the NES-PF review due this year. It graphically illustrates just how much damage can be caused by forestry activities and, in particular, the forestry debris left behind after harvesting operations. Harvesting is one of the specific situations covered by the NES-PF as noted in MPI’s NES-PF user guide, paragraph 5.6.2:

Harvesting has the potential for adverse environmental effects if not properly managed, particularly in difficult terrain and when it takes place near sensitive receiving environments. Potential adverse effects from harvesting include:

It seems that with any new regulatory framework comes increased compliance and, in particular, increased compliance costs. One of the complaints about the new regime is that as even small forestry blocks are covered by the NES-PF, the cost of compliance may impact upon the economics of such blocks. Local authorities that are now responsible for monitoring the permitted activities will need to hire staff to carry out monitoring and, of course, they will charge for it. If those monitoring charges are invoiced at a flat rate, it may be that the owner of a forestry block of a few hectares may be paying the same compliance fees as the owner of forests with several hundred hectares.

Few could argue, however, in the light of the Tolaga Bay devastation that more needs to be done in this area to avoid a repetition of the damage caused. Obviously those involved in the plantation forestry industry will have a keen interest in the upcoming review.

The government reviews the minimum wage each year.

Remember non-cash benefits, such as the provision of accommodation on the farm, that form part of an employee’s employment are to be included and taxed appropriately. Keeping and maintaining accurate time and wage records is vitally important and a legal requirement of employers.

Domestic Violence – Victims Protection Act 2018: From 1 April 2019 this legislation will impose new obligations on employers under three pieces of employment legislation1 and the Human Rights Act 1993.

Employers will be required to pay up to 10 days/year of paid domestic violence leave. Employees may take this leave as needed in order to deal with the effects of domestic violence – similar to existing sick and bereavement leave provisions.

A person is affected by domestic violence if:

Also an employee affected by domestic violence is entitled to seek flexible working arrangements for a short-term period of no more than two months. A request must be in writing and their employer must deal with it as soon as possible, but no later than 10 working days after receiving the request. Rest and meal breaks: From 6 May 2019, employees’ rest and meal breaks must be at exact intervals prescribed by the Employment Relations Amendment Act 2018 – unless both parties have agreed they may be taken at different times.

The minimum entitlement varies depending on total hour work periods. For example, if working a shift of between four and six hours, an employee is entitled to a paid one 10-minute rest break and one unpaid 30-minute meal break. Those breaks must be taken at one-third and two-thirds of the way through the work period, unless the parties have agreed they may be taken at a different time.

Restriction on the use of 90-day trial periods: A trial period allows employers to dismiss an employee within a 90-day period without being subject to a claim of unjustified dismissal.

From 6 May 2019, 90-day trial periods will only be available to employers with fewer than 20 employees (19 or less). Other requirements remain such as the employee must have a written employment agreement containing a valid trial period provision; the employee must also not have previously worked for the employer. These are some significant changes to our employment laws (and not all are mentioned here). If you need further information or would like to discuss these matters with us please do be in touch.

The Crimes Amendment Bill will, amongst other things, introduce two new offences for livestock rustling:

The Bill is yet to receive Royal Assent. We will have more information for you in the next edition of Rural eSpeaking.